This website requires you to be 18 years of age or older. 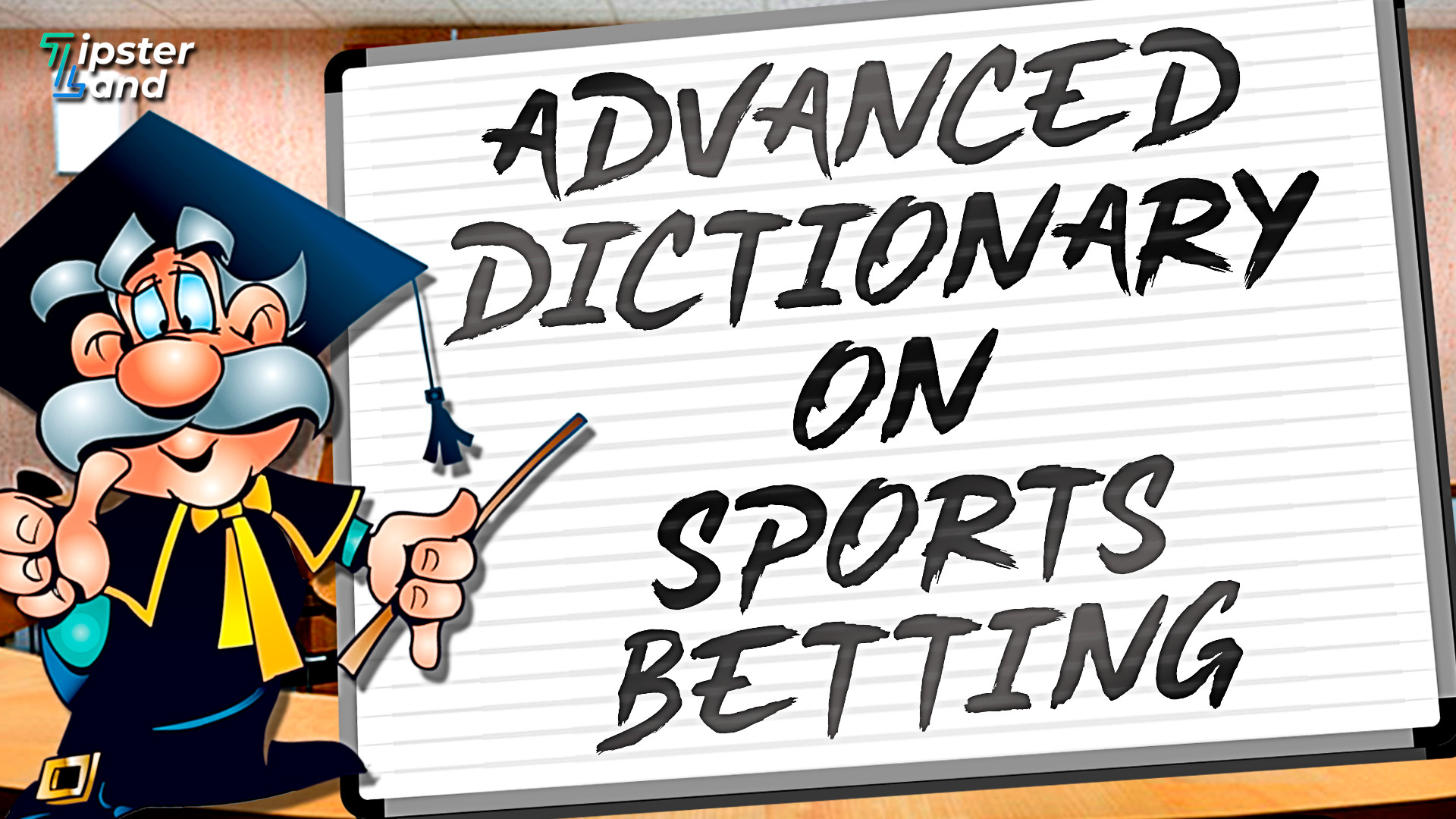 If you've read the basics of sports betting, you've probably been wanting more. That is why we have decided to expand the list with some little more complex concepts.

You access a website or a Telegram group and read terms like "draw down", "handicap", "closing odd" ... and you stay the same, you don't understand anything. It is normal, we are not born knowing everything. Therefore, this guide is for you.

It is the odd just at the moment the event begins.

It is the odd with which an event appears at the moment that the bookmakers offer it.

Occurs when a player retires before starting a match. It is more common in tennis, although it can occur in other sports. Generally, bets are void, but this can change depending on the bookmaker.

It is the maximum amount that a market allows to bet. Each bookmaker has its own, and it can be drastically altered when your account is limited.

It is a strategy of the bookmakers to close the account of a generally winning user, and thus prevent it from continuing to generate losses. https://deslimizadaspineda.es can help you if your account is in that state.

This is another type of strategy to prevent winning users from continuing to generate losses for the bookmaker. An account limitation reduces the wager limit by up to 1% of what a new user can bet.

Vigorish or commission of the bookie:

It is an American term to refer to the commission that a bookmaker takes on a bet. That is why they never offer @2 and @2 to a bet and its opposite, generally being @1.8 and @1.8 or similar, with that 0.2 difference, their commission.

It is about attributing a fictitious advantage or disadvantage to an event to make a type of bet given those conditions.

• If we bet on the Draw (+1) it means that adding a goal to the underdog, they are tied. If this happens, the bet is winning.

• If we bet on the Visitor (+1) it means that the visiting team must draw or win the match for our bet to be won.

Basically you have to subtract or add the goals to the chosen team that marks the bet and that the selected result is fulfilled. Example: If Barcelona beat Madrid 4 - 2, a Local handicap (-1) would be won, since if we subtract a goal from Barcelona they remain 3-2, resulting in the winner. On the other hand, the Draw (+1) would be lost, adding a goal to the underdog, in this case, Real Madrid, there would be 4 - 3, the result being Local. And finally, in case of betting on the Visitor (+1), it would also be lost, since the result would be 4 - 3, that is, the local would also win.

At Bet365 European handicaps look like this in the bet selector:

and it could be easily translated as:

We subtract or add the goals of the "Handicap" to the "Team" within it and observe the result. If this matches the "Expected Result", we have won the bet, otherwise it is a loser.

Similar to the European one, but with a plus of complexity. They are no longer just whole numbers, they are also handicaps with decimals. In addition, in this market there are not only failed and correct bets, there are also void, half won and half lost. And how is that? We explain it to you.

We are going to present several examples of Asian handicap:

Basically it is (Goals bet team) (+/- Goals Handicap) - (Goals opposing team). If the result is positive the bet is won and if it is negative the bet is lost.

• Handicaps +1.0, -2.0, +0.0, +3.0 .... are slightly more complex, but just as easy. As in the decimal handicaps, the number of indicated goals must be added or subtracted, but we have the advantage that, if there is a tie after adding or subtracting the bet, they will refund us in full, as if we had not made the bet.

It should be noted that 0.0 for either team is equivalent to DNB, or invalid bet.

A winning tip would give us all the profit of the bet odds, a lost one would lose the entire bet, a void one would recover it completely, without profit or loss, an average bet won (Example 1) would be calculated as ((original odds - 1) / 2 ) +1 and an average bet lost (Example 2) would be to change the odds by @0.5.

It is important to understand handicaps not as goals or points but as numbers. It is not possible to conceive a result that ends in -0.5 goals for one team or that another wins by half a goal. If we interpret it as numbers, it will be much easier to understand.

It consists of betting on the exit odd of a market, that is, when the bookmaker offers it for the first time. The limits of these markets are usually quite low, allowing you to bet only a few tens of euros. The bookmakers know that they make mistakes so it helps them so that the users themselves correct them by betting on the wrong odds, but without causing them a great loss.

It consists of betting on all the possibilities of a market seeking not to lose money or win regardless of the result.

The odds in the bookmakers are similar to scales, if a lot of money enters on a selection of a market, it goes down, raising the opposite selection. This is so because bookmakers seek to make money regardless of the outcome.

This happens independently in each bookmaker, and in each one the users can behave in a different way. If many people bet on Nadal in one house, Nadal's odds will go down to equal these scales, and if in another house, many users bet on Djokovic, the same thing will happen in reverse, and we could find ourselves in bookmaker “A” Nadal @2.1 and Djokovic @2.2 at bookmaker "B". This would make betting 100€ on Nadal at @2.1 and another 100€ on Djokovic at @2.2, we win money (10€ in one case and 20€ in the other) regardless of the outcome of the match.

They are those bookmakers that allow bets between users. The bookmaker does not assign the odds, but rather the users are the ones who choose the odds it should have, and such bets are validated if another user bets the opposite to the corresponding opposite odds.

There are no profit limits nor are there any blocks in gaming operators, since these would not be harmed by the winning users, but it will be the losing users who pay the first ones. In addition, the bookmakers commission for such bets.

It is the amount lost from a point “A” of units to a point “B”, that is, the moment a tip is lost, a drawdown begins, and until another is not hit later, it does not end.

The max Drawdown would be the largest drop in units from point “A” to point “B” in the entire history of a Tipster. If a Tipster's global units graph goes through 0 uds, then 10, then 20, then 5, then 10, and finally 5, his biggest drawdown has been 15 units, from the point where he was at 20, until it was 5.

This unit is extremely useful to know what has been the hardest moment in all its history and how to prepare your bank in case it happens again. A very important preventive measure when choosing a tipster.

It consists of betting on events that will occur a certain number of times, Over (major) or Under (minor) of X measure, be it goals, points, fouls, assists, games…. 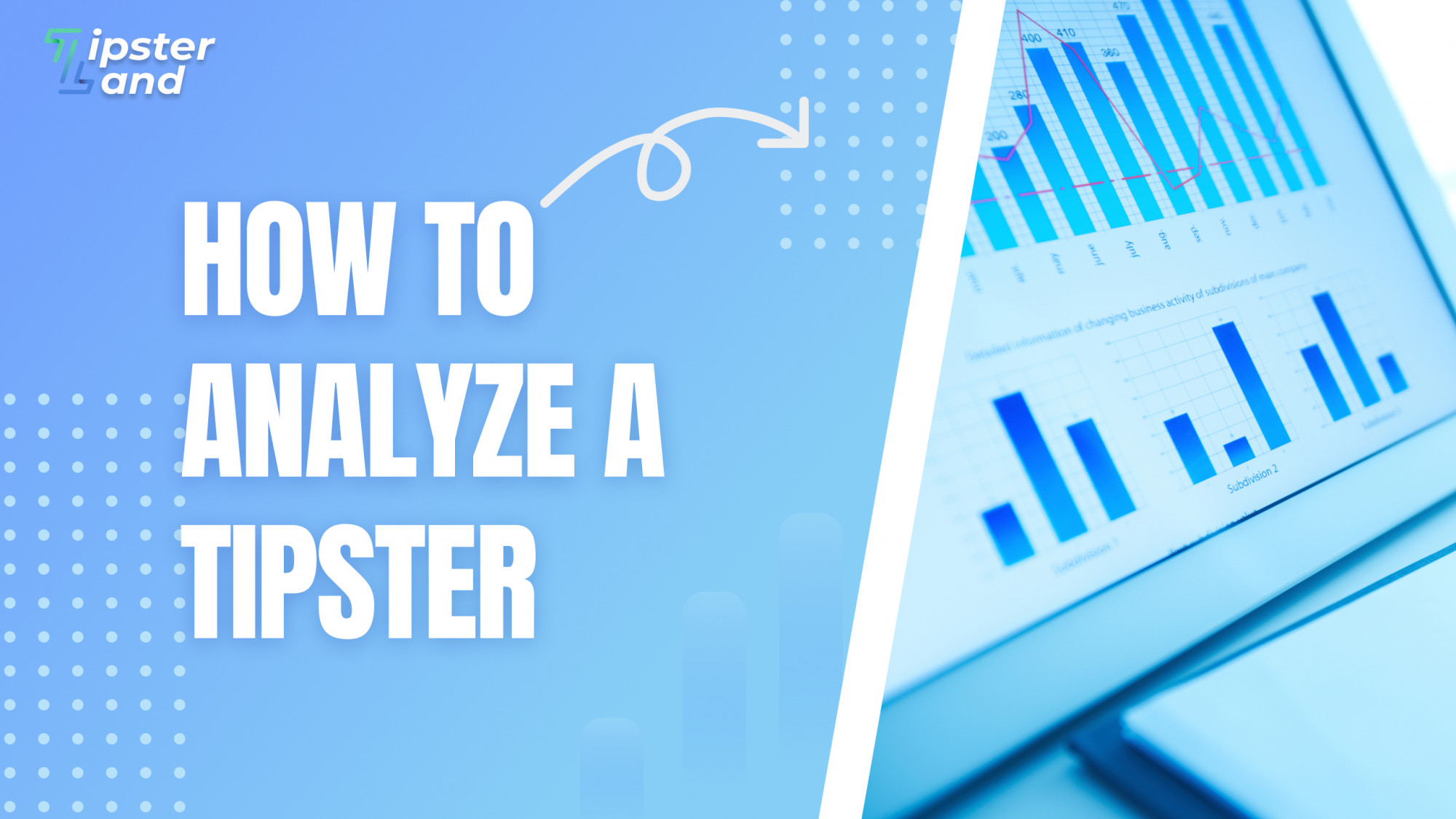 How to analyze a tipster

When choosing a tipster, it is important to analyze their profile in detail and see their way of working, in order, among other things, to avoid surprises. Variables such as the monthly units, the yield, the maximum draw down, their behavior both in good and bad streaks are important in this analysis... In short, we must make a complete breakdown of their work to check if it adapts to our way of working. bet, schedule, banking, etc. 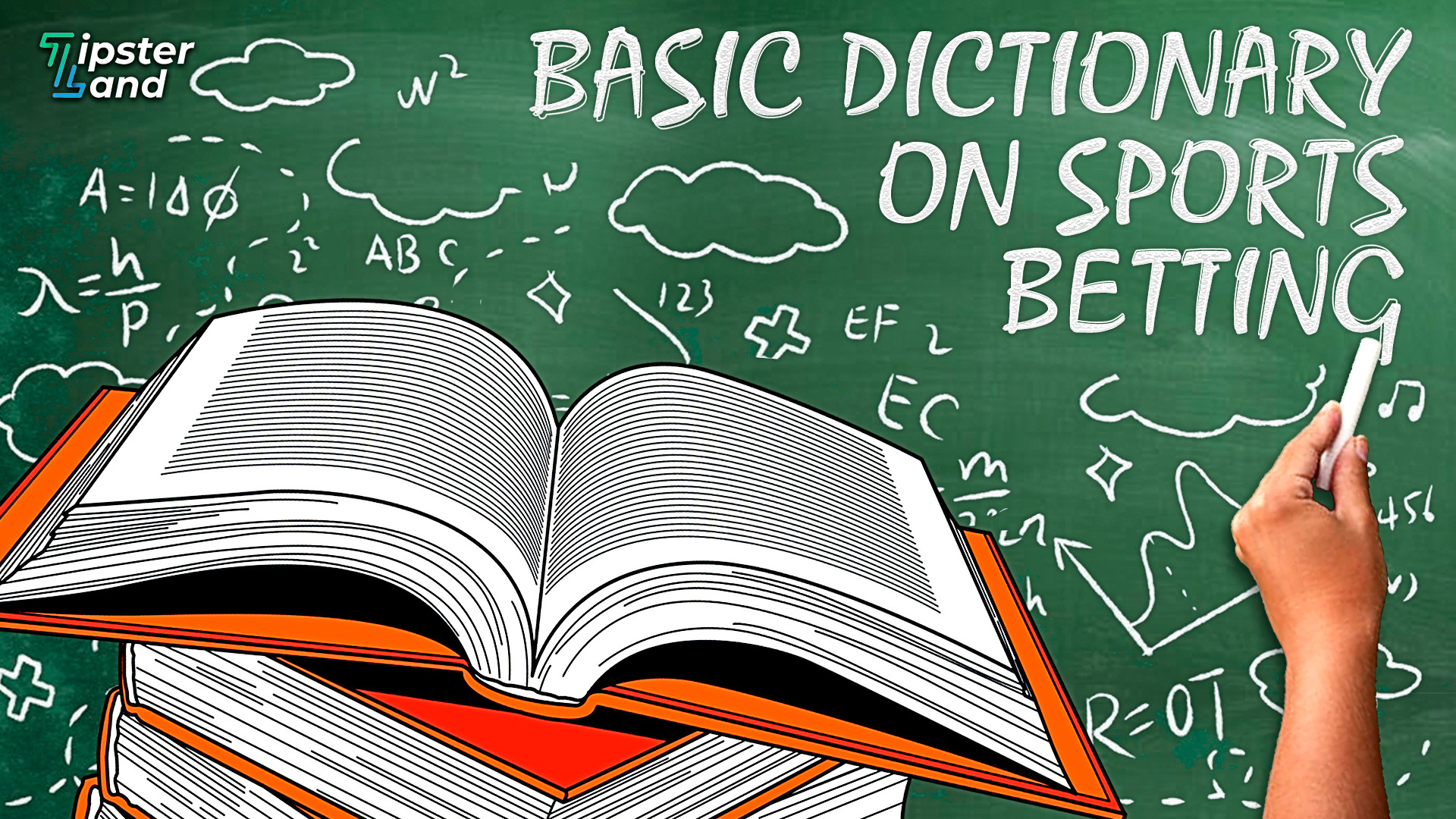 Understanding the world of sports betting can be difficult if we lack a basic knowledge about the concepts and way of thinking of a professional bettor. That is why we are going to present you a list of simple concepts about different terms that are commonly used in this sector. 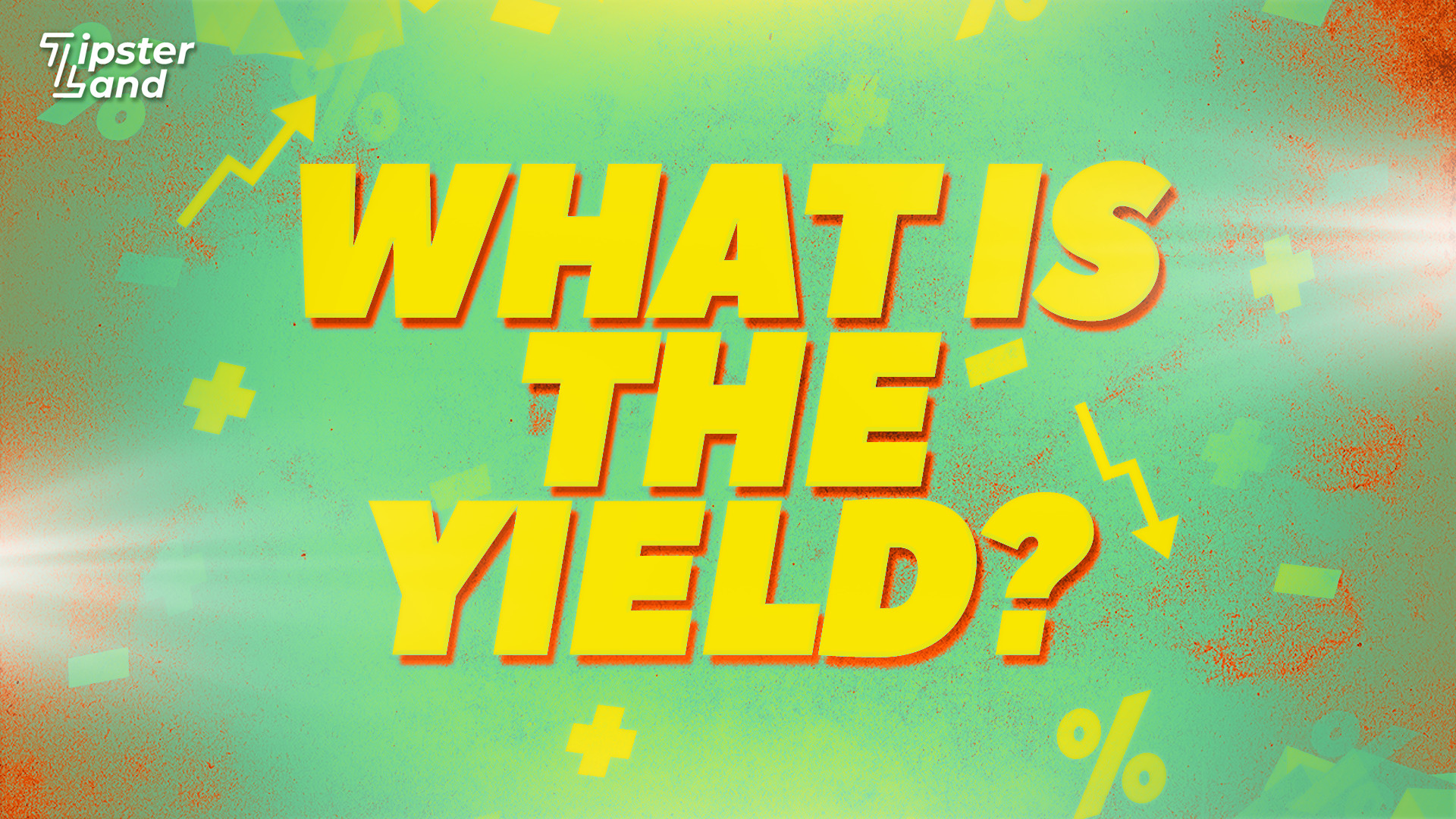 What is the Yield in sports betting?

What is the Yield in sports betting? Although this data must be accompanied by many others, the yield is one of the most important points when choosing a Tipster for our investment. In this article we will explain what it is and how to calculate it.
This website uses its own and third party cookies to gather information in order to improve our services. If you continue browsing, constitutes acceptance of installing them. The user can configure his browser and may, if desired, prevent cookies being installed on his hard drive, but should take into account that such action may cause difficulties navigating the website.
How to setup